You are here: Home / Why Apogee? / Our Team / Wayne Busch

The day-to-day excitement of merchandising is something Wayne enjoys. His career began in the merchandising department of Sears, Roebuck in the Washington, D.C. area. Over a twelve year period, he worked in four stores, opening two new stores in Virginia and Maryland on his way to becoming a merchandise manager.

Wayne worked on and helped develop the merchandise programs for the Magic Kingdom, EPCOT, and the MGM Studio before moving over to Walt Disney World. During a four year period beginning in 1984, he served as General Manager of World Showcase at EPCOT. As such, he grew to appreciate even more the contribution merchandising makes to the overall show. His responsibilities included operations, merchandise, entertainment, and wardrobe. He developed a buying organization to find and import merchandise for every country represented in World Showcase. He also implemented a highly successful cart program featuring the Two Towers that dramatically increased both the revenues and profits of EPCOT.In 1990, Wayne accepted a position with Universal Studios, Florida. As Vice President, he had total responsibility for the merchandise department in Florida, overseeing the total buying effort for the Park as well as the day-to-day operation.As a consultant, Wayne has worked on numerous projects since leaving Universal Studios, including a year and a half for one client, Gund.

Wayne believes that merchandising should be an integral part of any show and a shopper must be immersed into sights, sounds, story lines and a thoroughly enjoyable environment to make shopping a real experience and something to anticipate with pleasure. 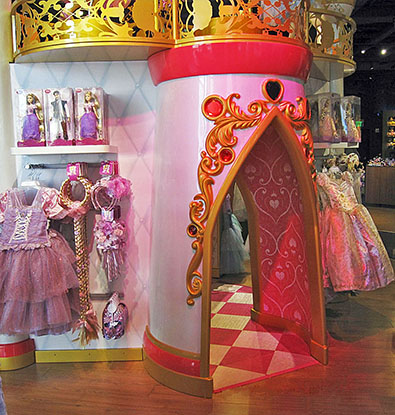