Bob’s notable career includes experience in producing, marketing, and executive management in areas as varied as Broadway, theme parks, resort hotels and historical attractions. A founding partner in Apogee, Bob’s unique background in themeing, spectaculars and the theatre make him particularly knowledgeable in developing product that is not only thrilling but marketable and profitable. His areas of expertise include creative development and supervision, programming, project management, all aspects of operating management, marketing, and business affairs.

In 1997, Bob accepted the position of Executive Vice President and Executive Producer for Leavesden Studios in England (now called Warner Bros. Studios).  In this position, Bob was in charge of all creative efforts for the development of new studio facilities and a new studio-themed park. He also oversaw all marketing efforts for the park and studio. During his tenure, Harry Potter, Star Wars, Episode 1, and Sleepy Hollow were filmed at Leavesden Studios.

Prior to Leavesden, Bob was responsible for the founding, start up, and operation of  a new, highly successful division within the Walt Disney Company: Walt Disney Theatrical Productions. As Senior Vice President, he was responsible for the production and marketing for all Broadway stage productions, domestically and internationally. During his tenure, he produced the 1994 Broadway hit and Tony Award-winning musical Disney’s Beauty and the Beast.

Bob and his team also set a world record in 1995 when, in one year, they rolled out seven additional companies of Beauty and the Beast for Los Angeles, Toronto, Tokyo, Osaka, Vienna, Melbourne, and the U.S. National Tour. Subsequently, Bob set up productions for London, Stuttgart, and Mexico City. In 1998, the musical won the Laurence Olivier Award for best new musical in London.

Before leaving Disney, Bob also directed the pre-production work on three new Disney musicals: The Lion King, King David, and Aida. Additionally, he was in charge of the New Amsterdam Theatre in New York City and the Chicago Theatre.

Prior to moving into theatrical production, Bob was Vice President of Entertainment Walt Disney Attractions – West Coast. In this capacity, he was responsible for all creative and operational aspects of entertainment at Disneyland, the Disneyland Hotel, national and international tours of Disney entertainment, and developing entertainment for new parks in Anaheim and Tokyo. He was the Executive Producer of Fantasmic!, which became the most profitable Disney attraction ever.

Before joining Disney in 1982,Bob was with the Nederlander Organization for five years as General Manager and head of marketing for the Greek Theatre, Pantages Theatre, and Wilshire Theatre in Los Angeles; the Pacific Amphitheatre in Orange County; and as Vice President of Centre Stage Advertising. Previously, Bob spent five years with the Shubert Organization as Operations Manager for the Shubert Theatre in Los Angeles.

Bob graduated from Michigan State University and did post graduate work at the University of California, Los Angeles. 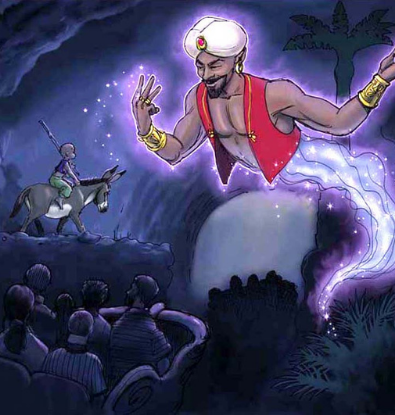